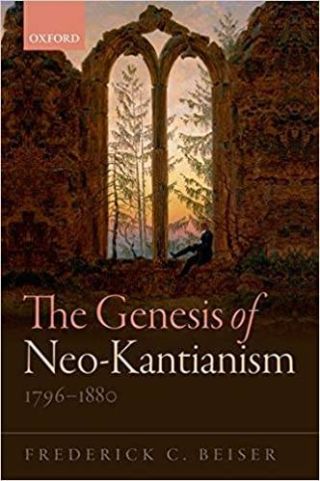 Frederick C. Beiser tells the story of the emergence of neo-Kantianism from the late 1790s until the 1880s. He focuses on neo-Kantianism before official or familiar neo-Kantianism, i.e., before the formation of the various schools of neo-Kantianism in the 1880s and 1890s (which included the Marburg school, the Southwestern school, and the Gottingen school). Beiser argues that the source of neo-Kantianism lies in three crucial but neglected figures: Jakob Friedrich Fries, Johann Friedrich Herbart, and Friedrich Beneke, who together form what he calls 'the lost tradition'. They are the first neo-Kantians because they defended Kant's limits on knowledge against the excesses of speculative idealism, because they upheld Kant's dualisms against their many critics, and because they adhered to Kant's transcendental idealism. Much of The Genesis of Neo-Kantianism, 1796-1880 is devoted to an explanation for the rise of neo-Kantianism. Beiser contends that it became a greater force in the decades from 1840 to 1860 in response to three major developments in German culture: the collapse of speculative idealism; the materialism controversy; and the identity crisis of philosophy. As he goes on to argue, after the 1860s neo-Kantianism became a major philosophical force because of its response to two later cultural developments: the rise of pessimism and Darwinism. Oxford University Press