The Determinate World: Kant and Helmholtz on the Physical Meaning of Geometry (2016) David Hyder 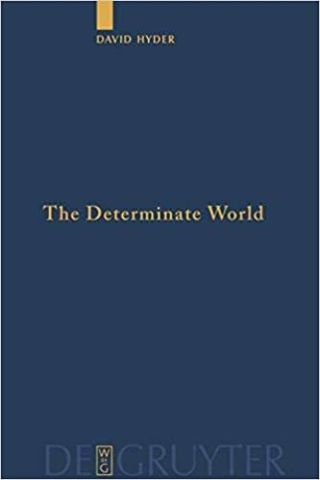 This book offers a new interpretation of Hermann von Helmholtz’s work on the epistemology of geometry. A detailed analysis of the philosophical arguments of Helmholtz’s Erhaltung der Kraft shows that he took physical theories to be constrained by a regulative ideal. They must render nature “completely comprehensible”, which implies that all physical magnitudes must be relations among empirically given phenomena. This conviction eventually forced Helmholtz to explain how geometry itself could be so construed. Hyder shows how Helmholtz answered this question by drawing on the theory of magnitudes developed in his research on the colour-space. He argues against the dominant interpretation of Helmholtz’s work by suggesting that for the latter, it is less the inductive character of geometry that makes it empirical, and rather the regulative requirement that the system of natural science be empirically closed. De Gruyter.