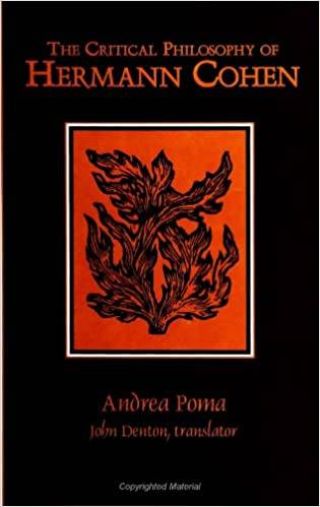 During the second half of the nineteenth century, the German philosophical scene had witnessed the extinction of absolute idealism and the predominance of the naive materialism of the adherents of scientism. Hermann Cohen's philosophy stood out in favor of the value of critical reason, on which scientific idealism, in the form of a revival of authentic rational idealism, is founded. His standpoint rejected the opposite extremes of both absolute idealism and naive materialism. The Marburg school, one of the great German philosophical schools at the turn of the century, grew out of Cohen's philosophy, which inspired a large number of twentieth-century thinkers. Cohen was, without doubt, one of the principal adherents of the "return to Kant" as a fundamental point of reference of "Critical Idealism." He based this revival on a long, historical, philosophical tradition, represented by Plato, Descartes, Leibniz, and others, apart from Kant himself. Although Cohen saw himself as Kant's heir, he went beyond Kant in his development and deepening of the meaning of critical philosophy in his own philosophical system. He followed an original path, which revealed a great deal of the hitherto concealed potential of this type of philosophy. In his later years Cohen turned his attention mainly to the philosophy of religion, but his last works are not simply what would be termed the Summa theologica of contemporary Judaism. They also belong to a continuous line connecting them to his previous thought, deepening the meaning and extending the potentiality of critical philosophy and its connection to religious problems, satisfactorily developing the aspect of thought on the limit of reason, which, for critical philosophy, is a necessary complement to thought within the limits of reason. State University of New York Press.