Quantum Mechanics Between Ontology and Epistemology 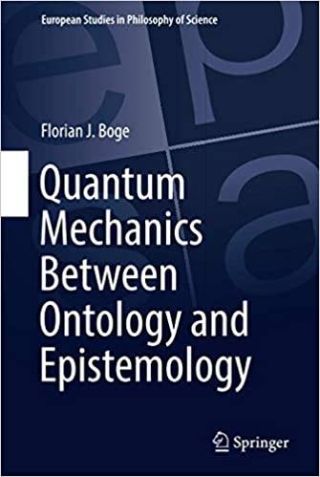 This book explores the prospects of rivaling ontological and epistemic interpretations of quantum mechanics (QM). It concludes with a suggestion for how to interpret QM from an epistemological point of view and with a Kantian touch. It thus refines, extends, and combines existing approaches in a similar direction.

The author first looks at current, hotly debated ontological interpretations. These include hidden variables-approaches, Bohmian mechanics, collapse interpretations, and the many worlds interpretation. He demonstrates why none of these ontological interpretations can claim to be the clear winner amongst its rivals. Next, coverage explores the possibility of interpreting QM in terms of knowledge but without the assumption of hidden variables. It examines QBism as well as Healey’s pragmatist view. The author finds both interpretations or programs appealing, but still wanting in certain respects. As a result, he then goes on to advance a genuine proposal as to how to interpret QM from the perspective of an internal realism in the sense of Putnam and Kant.

The book also includes two philosophical interludes. One details the notions of probability and realism. The other highlights the connections between the notions of locality, causality, and reality in the context of violations of Bell-type inequalities. Springer Verlag.