Leibniz and the Structure of Sciences (2020) Vincenzo De Risi 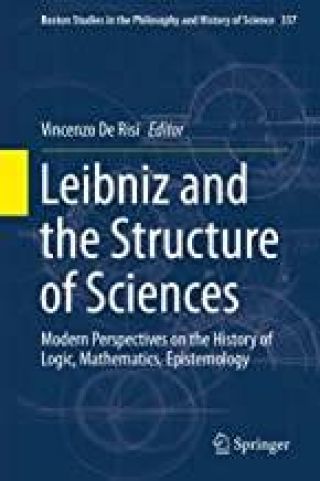 The book offers a collection of essays on various aspects of Leibniz’s scientific thought, written by historians of science and world-leading experts on Leibniz. The essays deal with a vast array of topics on the exact sciences: Leibniz’s logic, mereology, the notion of infinity and cardinality, the foundations of geometry, the theory of curves and differential geometry, and finally dynamics and general epistemology. Several chapters attempt a reading of Leibniz’s scientific works through modern mathematical tools, and compare Leibniz’s results in these fields with 19th- and 20th-Century conceptions of them. All of them have special care in framing Leibniz’s work in historical context, and sometimes offer wider historical perspectives that go much beyond Leibniz’s researches. A special emphasis is given to effective mathematical practice rather than purely epistemological thought. The book is addressed to all scholars of the exact sciences who have an interest in historical research and Leibniz in particular, and may be useful to historians of mathematics, physics, and epistemology, mathematicians with historical interests, and philosophers of science at large. Springer Verlag.