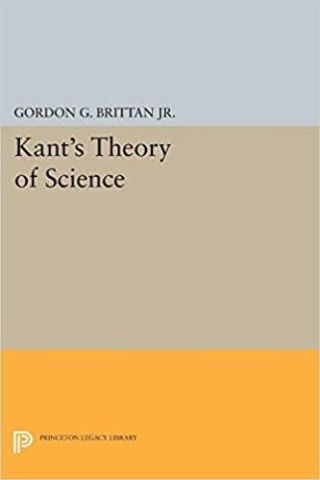 While interest in Kant's philosophy has increased in recent years, very little of it has focused on his theory of science. This book gives a general account of that theory, of its motives and implications, and of the way it brought forth a new conception of the nature of philosophical thought. To reconstruct Kant's theory of science, the author identifies unifying themes of his philosophy of mathematics and philosophy of physics, both undergirded by his distinctive logical doctrines, and shows how they come together to form a relatively consistent system of ideas. A new analysis of the structure of central arguments in the Critique of Pure Reason and the Prolegomena draws on recent developments in logic and the philosophy of science. Professor Brittan's unified account of the philosophies of mathematics and physics explores the nature of Kant's commitment to Euclidean geometry and Newtonian mechanics as well as providing an integrated reading of the Critique of Pure Reason and the Metaphysical Foundations of Natural Science. Contemporary ideas help both to illuminate Kant's position and to show how that position, in turn, illuminates contemporary problems in the philosophy of science. Originally published in 1978. Princeton University Press.