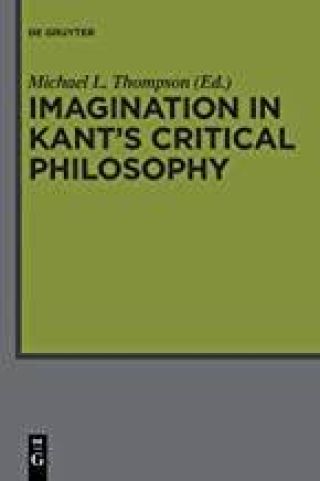 Amongst several difficult doctrines, one of the most salient and obscure discussions surrounds Kant's view of the imagination, Einbildungskraft. One finds Kant's initial discussion of the imagination in the section entitled the Transcendental Deduction in his Critique of Pure Reason; by Kant's own admission, the section that cost him the most labor. Instrumental in these most critical passagesis Kant's discussion of the imagination, but, due to revisions and emendations and a seeming change in doctrine from the 1st to the 3rd Critique, Kant's considered view of the imagination remains unclear. Many scholars eschew the discussion altogether, considering it arcana of an obsolete faculty pyschology. Even prominent Kant scholars have typically overlooked or marginalized pivotal sections in Kant's works in order to avoid dealing with this issue. Recently, however, a new interest in the imagination has resurfaced. This volume is a collection of essays that addresses the many uses of imagination throughout Kant's entire critical corpus, and intends to gain a better understanding of this lacuna. De Gruyter-