Ernst Cassirer and the Autonomy of Language (2014) Gregory S. Moss 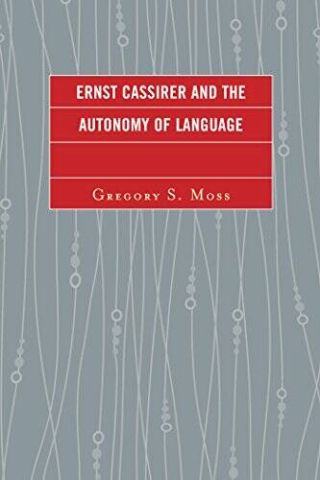 Ernst Cassirer and the Autonomy of Language examines the central arguments in Cassirer’s first volume of the Philosophy of Symbolic Forms. Gregory Moss demonstrates both how Cassirer defends language as an autonomous cultural form and how he borrows the concept of the “concrete universal” from G. W. F. Hegel in order to develop a concept of cultural autonomy. While Cassirer rejected elements of Hegel’s methodology in order to preserve the autonomy of language, he also found it necessary to incorporate elements of Hegel’s method to save the Kantian paradigm from the pitfalls of skepticism. Moss advocates for the continuing relevance of Cassirer’s work on language by situating it within in the context of contemporary linguistics and contemporary philosophy. This book provides a new program for investigating Cassirer’s work on the other forms of cultural symbolism in his Philosophy of Symbolic Forms, by showing how the autonomy of culture is one of the leading questions motivating Cassirer’s philosophy of culture. With a thorough comparison of Cassirer’s theory of symbolism to other dominant theories from the twentieth century, including Heidegger and Wittgenstein, this book provides valuable insight for studies in philosophy of language, semiotics, epistemology, pyscholinguistics, continental philosophy, Neo-Kantian philosophy, and German idealism. Lexington Books Verlag.