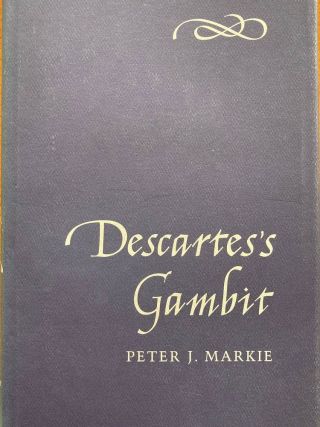 This book analyzes the relationship between metaphysics and epistemiology in the thought of René Descartes. In particular, Peter J. Markie seeks to show how Descartes derives his theory of the self ("My body and I are such that each can exist without the other") from his account of the ways in which we acquire knowledge of the self. Markie evaluates Descartes's theories, arguing that several of his most basic and controversial claims are correct. Cornell University Press.