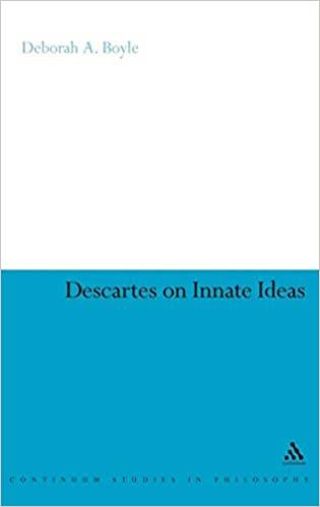 The concept of innateness is central to Descartes' epistemology; the Meditations display a new, non-Aristotelian method of acquiring knowledge by attending properly to our innate ideas. Yet understanding Descartes's conception of innate ideas is not an easy task and some commentators have concluded that Descartes held several distinct and unrelated conceptions of innateness.

In Descartes on Innate Ideas, however, Deborah Boyle argues that Descartes's remarks on innate ideas in fact form a unified account. Addressing the further question of how Descartes thinks innate ideas are known, the author shows that for Descartes, thinkers have implicit knowledge of their innate ideas. Thus she shows that the actual perception of these innate ideas is, for Descartes, a matter of making them explicit, turning the intellect away from sense-perceptions and towards pure thought. The author also provides a new interpretation of the Cartesian 'natural light', an important mental faculty in Descartes' epistemology. CONTINUUM 3PL (Continuum Studies in Philosophy).