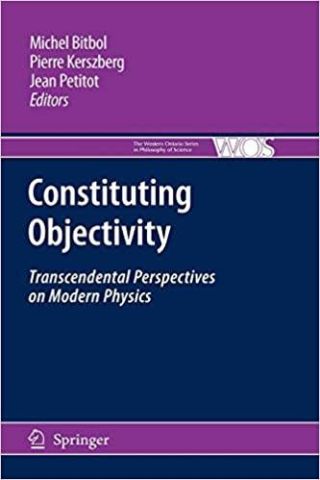 In recent years, many philosophers of modern physics came to the conclusion that the problem of how objectivity is constituted (rather than merely given) can no longer be avoided, and therefore that a transcendental approach in the spirit of Kant is now philosophically relevant. The usual excuse for skipping this task is that the historical form given by Kant to transcendental epistemology has been challenged by Relativity and Quantum Physics. However, the true challenge is not to force modern physics into a rigidly construed static version of Kant's philosophy, but to provide Kant's method with flexibility and generality. (The Western Ontario Series in Philosophy of Science, Band 74). Springer Verlag.