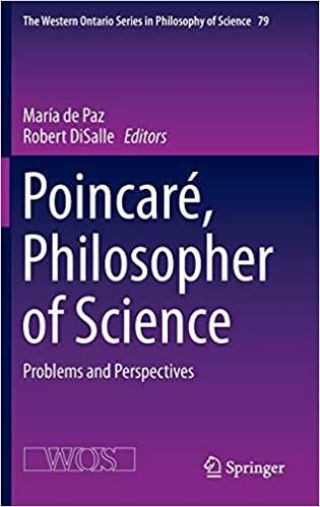 This volume presents a selection of papers from the Poincaré Project of the Center for the Philosophy of Science, University of Lisbon, bringing together an international group of scholars with new assessments of Henri Poincaré's philosophy of science - both its historical impact on the foundations of science and mathematics, and its relevance to contemporary philosophical inquiry. The work of Poincaré (1854-1912) extends over many fields within mathematics and mathematical physics. But his scientific work was inseparable from his groundbreaking philosophical reflections, and the scientific ferment in which he participated was inseparable from the philosophical controversies in which he played a pre-eminent part. The subsequent history of the mathematical sciences was profoundly influenced by Poincaré’s philosophical analyses of the relations between and among mathematics, logic, and physics, and, more generally, the relations between formal structures and the world of experience. The papers in this collection illuminate Poincaré’s place within his own historical context as well as the implications of his work for ours. (The Western Ontario Series in Philosophy of Science 79). Springer Verlag.