On Nature and Language (2002) Noam Chomsky 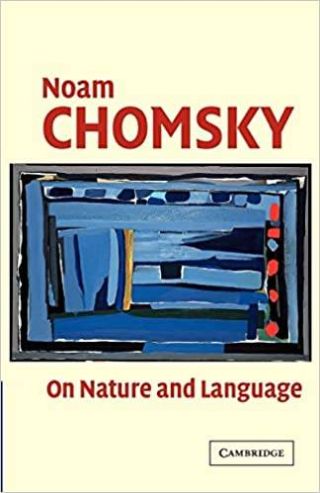 In On Nature and Language Noam Chomsky develops his thinking on the relation between language, mind and brain, integrating current research in linguistics into the burgeoning field of neuroscience. This 2002 volume begins with a lucid introduction by the editors Adriana Belletti and Luigi Rizzi. This is followed by some of Chomsky's writings on these themes, together with a penetrating interview in which Chomsky provides the clearest and most elegant introduction to current theory available. It should make his Minimalist Program accessible to all. The volume concludes with an essay on the role of intellectuals in society and government. Nature and Language is a significant landmark in the development of linguistic theory. It will be welcomed by students and researchers in theoretical linguistics, neurolinguistics, cognitive science and politics, as well as anyone interested in the development of Chomsky's thought. Cambridge University Press.