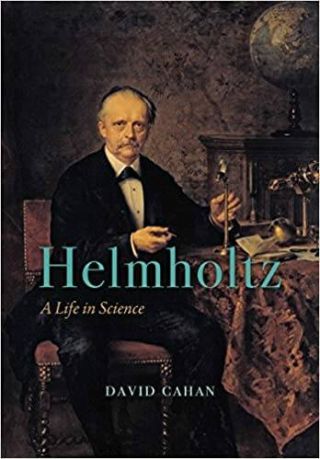 Hermann von Helmholtz was a towering figure of nineteenth-century scientific and intellectual life. Best known for his achievements in physiology and physics, he also contributed to other disciplines such as ophthalmology, psychology, mathematics, chemical thermodynamics, and meteorology. With Helmholtz: A Life in Science, David Cahan has written a definitive biography, one that brings to light the dynamic relationship between Helmholtz's private life, his professional pursuits, and the larger world in which he lived. Utilizing all of Helmholtz's scientific and philosophical writings, as well as previously unknown letters, this book reveals the forces that drove his life's passion to unite the sciences, vigilant attention to the sources and methods of knowledge, and a deep appreciation of the ways in which the arts and sciences could benefit each other. By placing the overall structure and development of his scientific work and philosophy within the greater context of nineteenth-century Germany, Helmholtz also serves as cultural biography of the construction of the scientific community: its laboratories, institutes, journals, disciplinary organizations, and national and international meetings. Helmholtz's life is a shining example of what can happen when the sciences and the humanities become interwoven in the life of one highly motivated, energetic, and gifted person. University of Chicago Press.