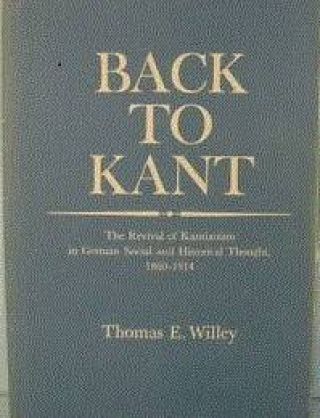 Neo-Kantianism was the major philosophical school in Germany from 1871 to 1914, yet the importance of this movement has slipped from historical memory. (...) The significance for us of the movement back to Kant is that several generations of German liberals, in the midst of rapid economic and social change, failed to convince their compatriots of the value of individual liberty. Thomas E. Willey's study of Neo-Kantianism from the revolutions of 1848 to the Weimar Republic examines the fate of this neglected philosophical school. David Lipton, The American Historical Review, Volume 85, Issue 2, April 1980, Pages 418–419